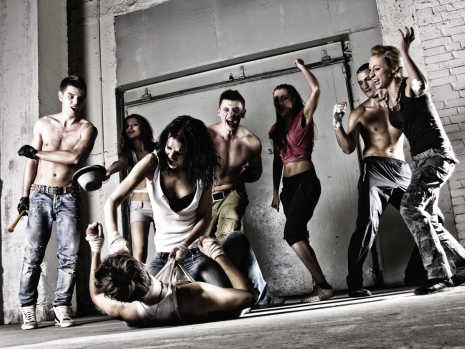 The question of whether youth violence in Switzerland is increasing or decreasing has attracted public and media attention ever since the 1990s. To shed light on this issue, we have been conducting the "Zurich Youth Surveys" on the basis of representative samples of students in the canton of Zurich since 1999. These methodologically identical self-report surveys, conducted among high school students in 1999, 2007, and 2014, are unique in Switzerland as they reveal long-term trends in youth violence beyond figures from official statistics. A particular focus of the study is on violence in the public space, another on sexual and dating violence.

The current Zurich Youth Survey is directed by Dr. Denis Ribeaud and is logistically and financially supported by the Canton of Zurich. Further support (in-kind and financial) is provided by the Jacobs Center for Productive Youth Development of the University of Zurich, the Federal Social Insurance Office and the Swiss Crime Prevention.